A customer came in a couple weeks ago for help installing a ribbon cartridge as it had been so long since the last change. That was easy, and no charge for nice conversation and a simple task. 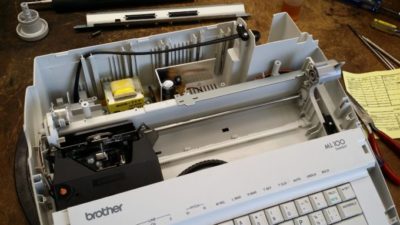 Well, that nice guy showed up on my door step with his son in tow with a new problem, same machine. It just will not hold the paper! Well how about that, the paper bail release was just kinda flopping around with no tension and the paper wouldn’t grip. 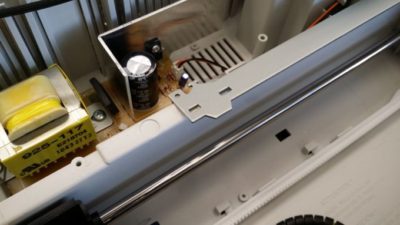 I thought right off this might be a quick fix and started to take the plastic cover off. Ha! That damn cover was just not going to let me into the problem at hand. I asked the guys if they would mind coming back in an hour as messing around with the machine on the cart was just not cutting it and I needed to sit with it at the bench. They both agreed and took off and I grabbed that Brother and moseyed up to the task. Man I swear (and not often) the cover took longer to peel off that machine than repairing the darn thing. 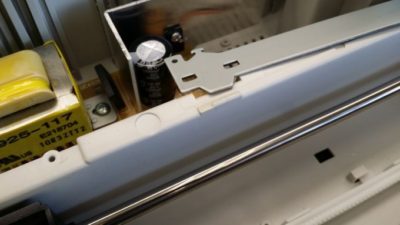 OK, here is what I found; once I got the platen and paper tray out of the way the paper release mechanism spring was in the bottom of the typewriter and a pivot point for the really fancy release thingy was broken off. Well, that is plastic for you. Apparently the plastic tab broke and the spring went flying. 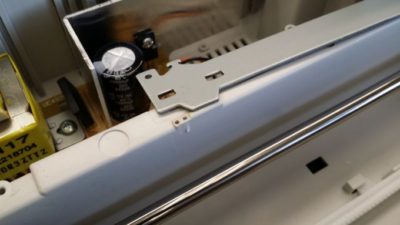 I took a look at how much area there was and I thought that if I drilled a couple 1/16″ holes to implant the same size rods they could act (and act quite gallantly) as the fulcrum needed for the paper bale release. I got to work and quickly drilled, cut rod to size and put everything together. 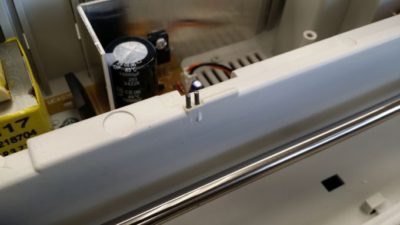 Did it work? Damn, I like a kludged together repair! It worked! Bottom line, even a modern day Brother typewriter can be outwitted by an old time repairman. 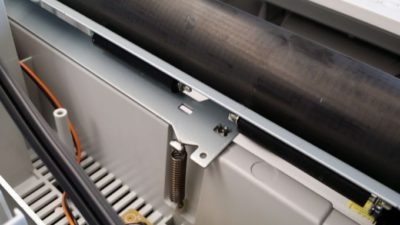 Bob Montgomery, recently passed away at 96, had been repairing typewriters for decades. Paul Lundy purchased the business and may be the last left in … END_OF_DOCUMENT_TOKEN_TO_BE_REPLACED