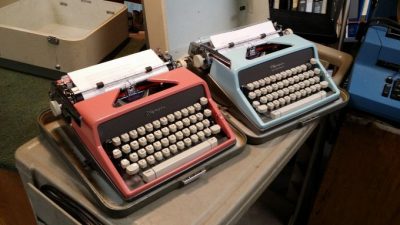 These two darlings were brought in by a customer wanting to get them tuned up. What a nice pair, both from the year 1962. 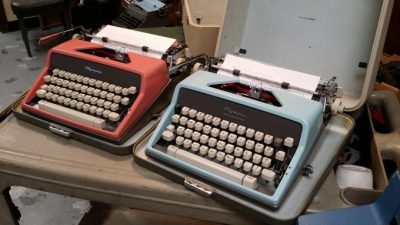 The blue model had its draw band all wrapped around the spring drum caused by the tab brake irreparably frozen up. It had a little too much corrosion in the tab brake to make it usable so I had to disconnect it so the spring drum (and tabs) would perform. The same thing happened with the pink model.

The Pink machine had missing springs, that were easily replaced. Also, in the past, there was a coffee spill that gunked up a bunch of stuff in the back of the machine. Once the goo was gone, it sped things up quite nicely.The pink machine also had some missing type bar links that I recreated. 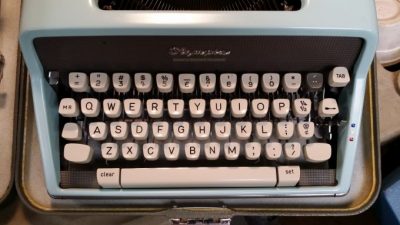 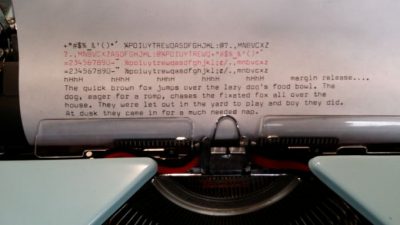 Take a look at the blue machines keyboard with the gray dead key for accents. I also like the modern typeface of the blue machine. Here is the pink machine for comparison. 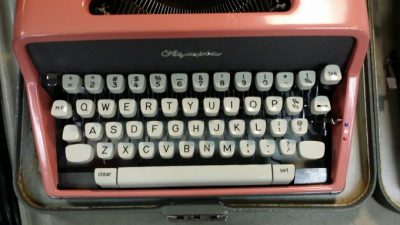 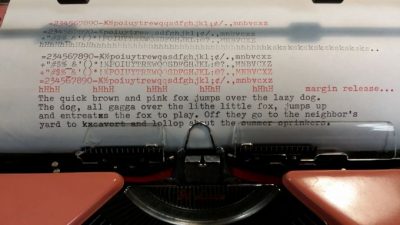 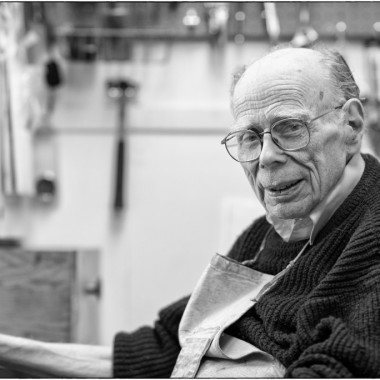 Bob Montgomery, passed away September 10, 2018 at 96, had been repairing typewriters for decades. Paul Lundy purchased the business and may be the … END_OF_DOCUMENT_TOKEN_TO_BE_REPLACED